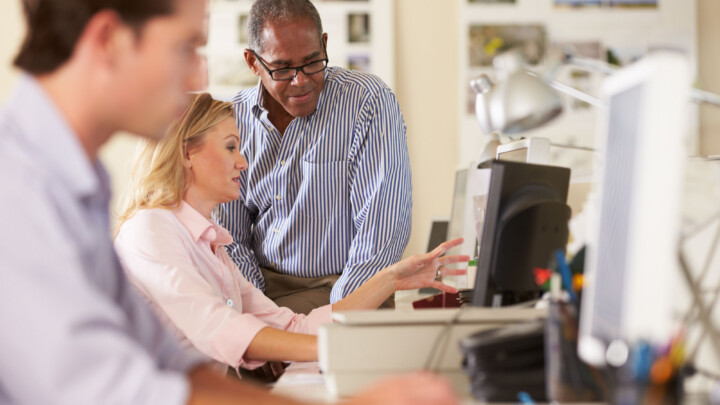 Workers over 50 adapt, change and grow: Keep them in your business!

As a person in their 50s, I read the recent articles and news stories about how those in my age group are the ones most likely to suffer from rising unemployment. I must admit, I found myself doing so with some dread.

My generation left school in the 80s, when unemployment first broke the 2 million, and then the 3 million, barrier. We had a tough start to our careers, and now it looks like we are getting a tough end to them as well. All that just as we reach that stage of life where we have our own kids’ university fees to pay for and ageing parents to care for.

Our parents worked 20-30-40 years for one firm and then retired; they encouraged us to “get in” somewhere and then we would be “set”. Not to forget, we were also conditioned to think that we would be retiring at 65 on a final salary pension, too!  However, for many, that wasn’t the way it worked.

I believe that it’s important to remember that, as a generation, we are uniquely placed to face the changes we are faced with – what other generation of worker has seen so much change throughout their careers?

As early as 1989, Charles Handy coined the phrase “portfolio life”, leading to portfolio careers and a general expectation that you will move around throughout your career.

So for the 50+ generation, our expectation at 16 of what our career might look like has changed massively over the years. Not only have we had to come to terms with that and adapt our expectations, we have also had to adapt to the greatest amount of change to the way work is done.

I’ve tried to think of a list of things that either didn’t exist, or were not in everyday use, when I was 16. (Just in case my teenage sons are reading this – yes, we did have electricity and cars!)

So the adaptations we have made to the way that we work are also huge – I remember learning to type “because people will always need letters typing and it’s a good skill to fall back on……”  (I’m beginning to think I should re-title this blog to “Lies they told me about the workplace”).

Where we really show our value though is we are the working generation with a foot in both the analogue and the digital camp. When it all breaks down, we still have the skills we had to use in the 80s.

One of my first jobs was a foreign exchange cashier (in the days before the Euro) and, although I had some, technology was unreliable and I often had to balance my till using sales and purchase sheets for all the currencies. When you are constantly doing maths all day, you get quick and you also see patterns that others don’t see. Years later, I was training cashiers on the new technology (much more reliable and less thinking required). They were always amazed that I could “see” the differences with different currencies.

Somehow, I used to drive all over the country armed with a road map that got me near enough there and then I would work out the last bit of the journey as I arrived. Madness, isn’t it? I would phone offices before I left (because there were no mobiles) and they would say head for the XYZ shopping centre and you’ll find us!

So, whilst my generation still have those old-school skills, we’ve shown that we can adapt to modern ways of working. I’ve become MD of a business during a World pandemic; relying on the internet, video calls and my initiative to get things done. I do wonder how I would have begun without the skills I learned during my ‘prehistoric’ career. Don’t overlook the over 50s, they can prove a real asset to your business.